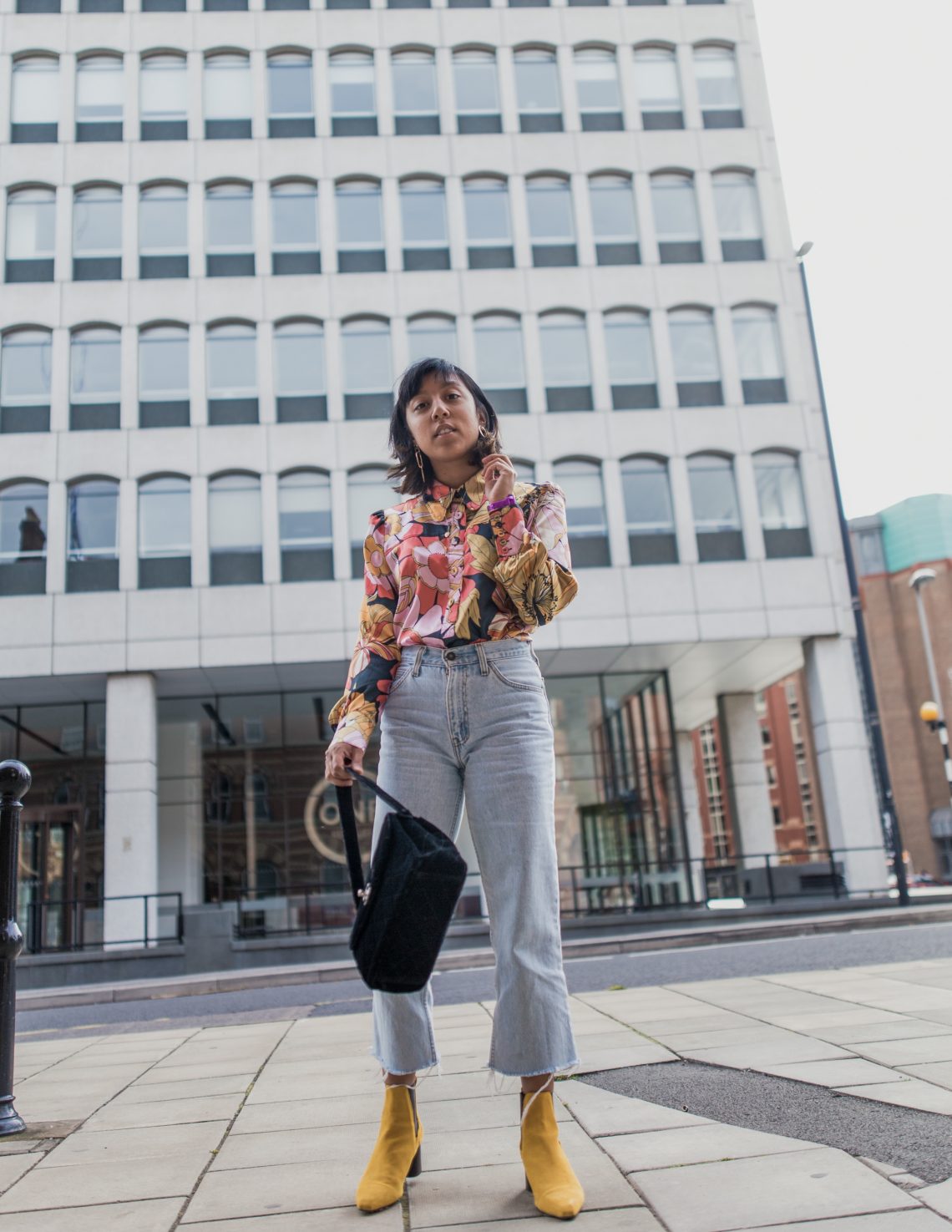 So, fast fashion is term that has been circulating the media and the fashion industry for quite a while now. What actually is it? Fast fashion is essentially the idea that designs and trends go straight from the catwalk at various fashion weeks straight to the high street. So yes, you can see it as a form of “stealing” since high street brands such as H&M, and Zara will take the most popular trends from the catwalk and showcase them as their newest collection. So one minute you’ll see something on the shop shelves and the next minute you’ll realise that a whole new collection will be in stores within the next week ! It’s the idea of quick manufacturing for less money. This means that consumers such as us can receive the product for much less than you would expect. In essence, it sounds like a great idea, you can cat walk pieces for so much less… But there are so many things that you may not think about that is SO wrong with fast fashion…. Plus, the quality is always SO POOR!

Firstly, because the clothes go in and out of style so quickly, around 30% of unwanted clothes end up in landfill… That’s a disgusting amount ! In money terms that equates to £140 MILLION pounds worth of clothes are thrown away each year… isn’t that a crazy amount ! That isn’t just old clothes but also brand new clothes, clothes that no one has bought and that shops throw out because they no longer “need it”… There is already a worldwide problem when it comes to landfills due to the lack of space, so why are we promoting the issue by allowing brands to just throw perfectly good clothes away?? Did you also know, that designer brands at the end of each season burn any left over stock because they don’t want their items to go down in value. So that limited edition Burberry trench that you always wanted that was last season was probably burnt in some incinerator in Sweden… As you can imagine, that’s a waste of natural resources, and also terrible for the environment. We all know that burning releases CO2 which is one of the biggest issues when it comes to climate change. So why are we allowing fashion houses and even high street  brands to do such a thing?! 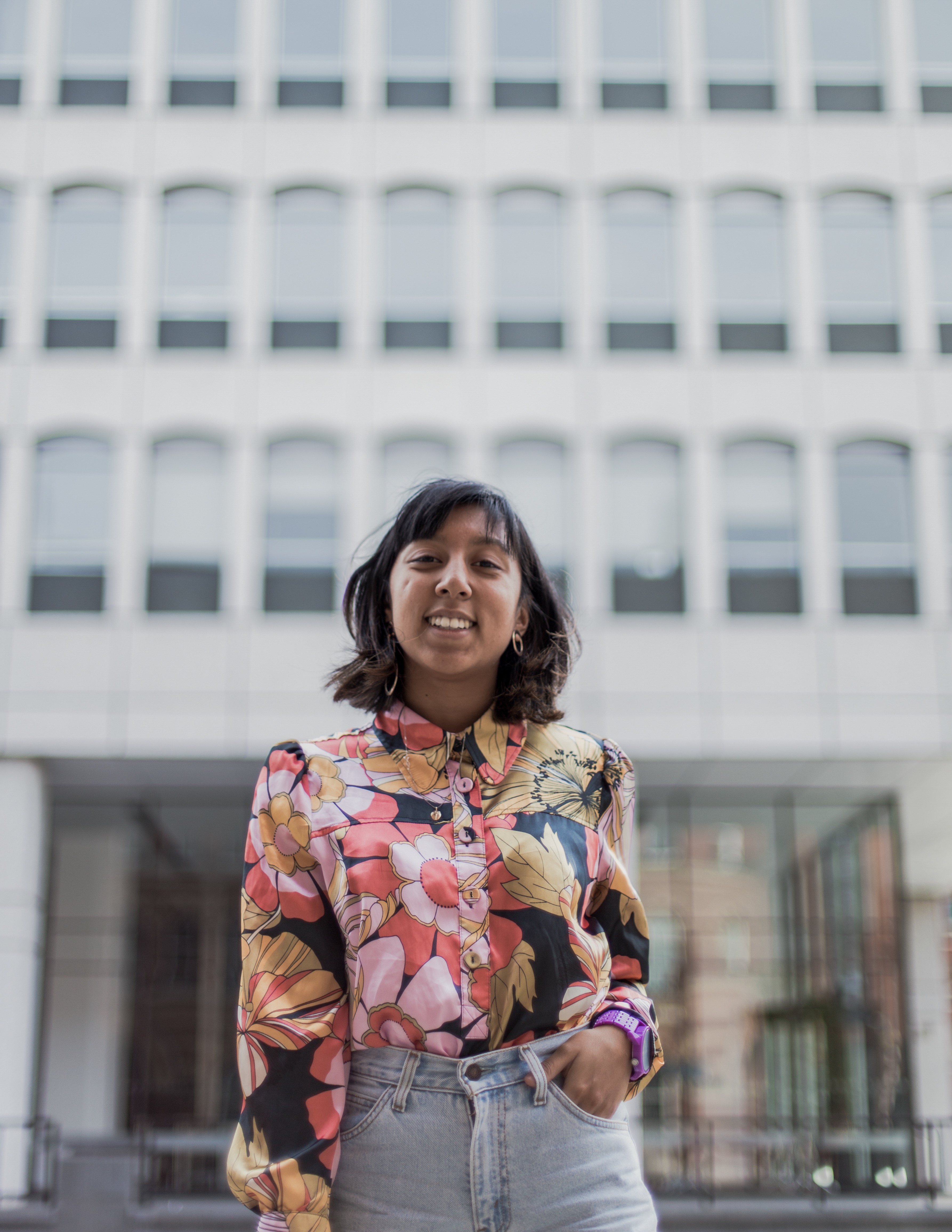 Another thing we have to remember is that a lot of these clothes are made from polymer based (plastic) materials or cotton. Plastics are terrible for the environment, as a chemist in training, one thing I’m definitely hot on is creating green/sustainable/biodegradable plastics… but that’s a whole new topic. The problem with plastics is that they come from crude oil and crude oil is not sustainable. The production of crude oil causes lots of problems environmentally, I don’t even want to go into it in too much detail hahahahah. 😉 So basically, plastic isn’t biodegradable and causes so much havoc to make, so all of that put together makes clothes pretty unethical… If we’re churning clothes out at the rate we are, we just end up wrecking the environment because of it and it’s just not worth it…. Is it worth chopping down rainforests to grow cotton so that you can buy “pure cotton” clothing ?! NO of course not ! The rainforests we’re chopping down are pretty much the only thing left between us and devastating climate change… so we better look after our environment otherwise it won’t be there for us… 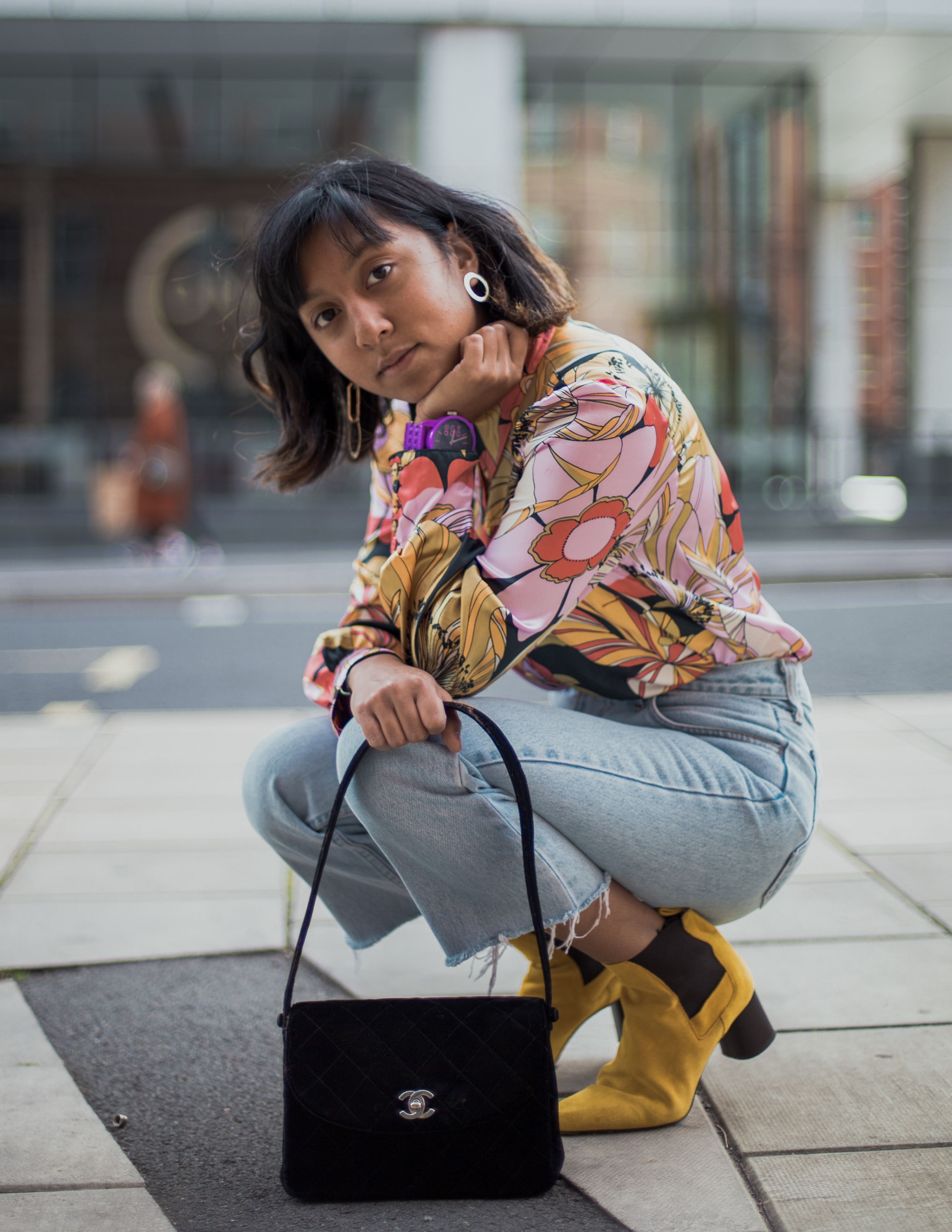 What can be done to prevent fast fashion? Well… slow fashion of course ! The concept is pretty much the opposite to fast fashion. If you buy clothes, don’t buy brand new stuff. By second hand clothing which prevents them from being thrown into landfill… It also means that fast fashion stores don’t end up getting as much sales, which in turn means that that they’re less likely to keep going by the “fast fashion rules” because no one wants to buy any of their clothes ! Vintage is something that is so big and trendy and I’m all for it ! Yes, they are expensive, but in reality aren’t they just as expensive as what you get form toyshop for Zara? A vintage shirt might cost around £30… which is definitely the same as most high street brands. So yes, you’re spending more money on used clothes, but you’re also saving the environment, so isn’t that something to invest in?

If you’ve been following me for a while then you know that I’m in to buying clothes off eBay and depop, and of course charity shops too! Yes, they save me a heck of a lot of money, because instead one spending £30 on a top I might spend £5, but the whole buying second hand clothes has something more to it. I always found that I can create more fun, unique yet environmental and money saving outfits… Mannn that was a mouthful to say hahaha…

Okay, so take this outfit for example, it’s the perfect second hand outfit that you’d never thought would be. This fabulous, floral shirt (which I’m actually obsessed with) was actually picked up in a flea market for a solid £2… isn’t that a bargain ?! £2!!!! That’s cheaper than primark ! It’s got such a lovely flowy silk texture and it’s perfect for autumn with all those warm tones 🙂 You’ll be surprised, its a size 16, but I’m obsessed with oversized shirts so I couldn’t help but want it 😉 Okay, so next up the jeans, if you read my last blog post about Levi 501’s then you’ll know why they’re a wardrobe must have ! So, these were an absolutely bargain of a purchase which I got for £15 which I got in Budapest and I can’t stop wearing them… They were a little long for me but I simply decided to cut them and create a frayed hem because who doesn’t like a frayed hem?! They’re so comfy and honestly go with everything… plus they’re vintage and isn’t that the whole point of this post?! Finally, the bag, yassss it’s a vintage Chanel which I probably  shouldn’t have splashed out on… but I thought it was only fair to treat myself after first year… lol god help my bank account  (just kidding… 😉 .) So as you can see, you can create fun and trendy outfits without the high street being involved. Isn’t that just the dream?! 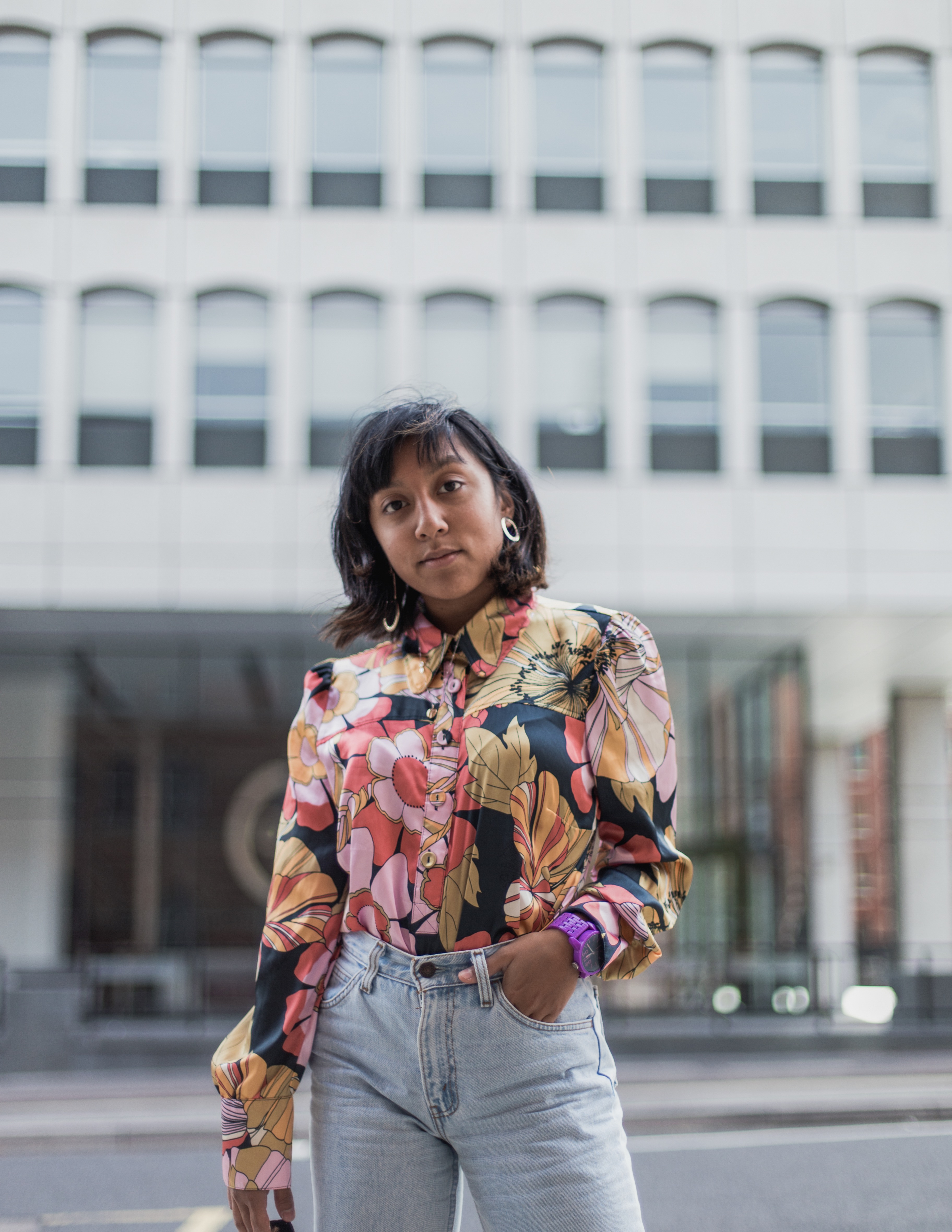 I hope you liked this blog post and found it informative on why we should promote fashion and just love what we’ve got, rejuvenate the old and try not to throw away unnecessarily! There are so many ways to wear vintage/ second hand clothes to make any outfit look popping, you just have to try and before you know it you’ll look like you’re going to fashion week 😉 .

ps. I didn’t have time to proof read this post so please don’t hate hehehehe 😉 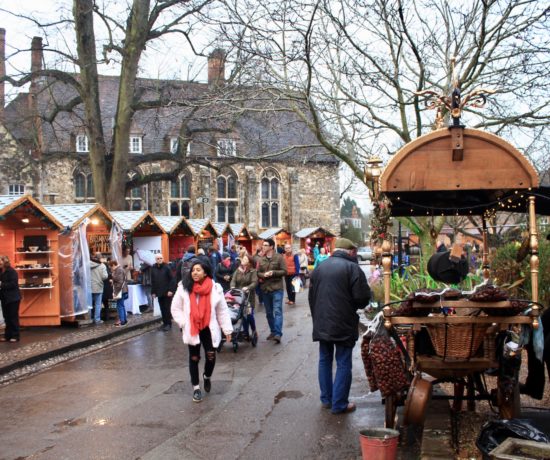 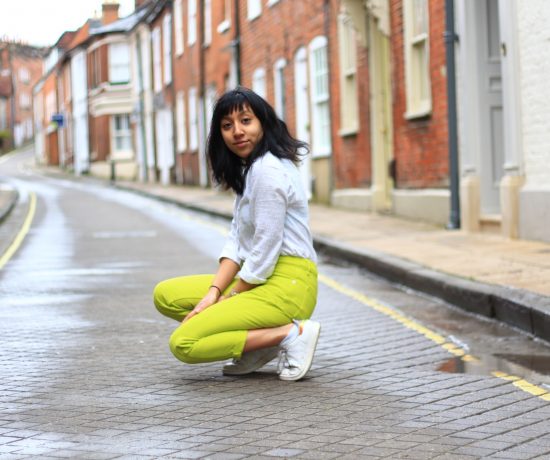 The Best Mind Set to Go into Exams!