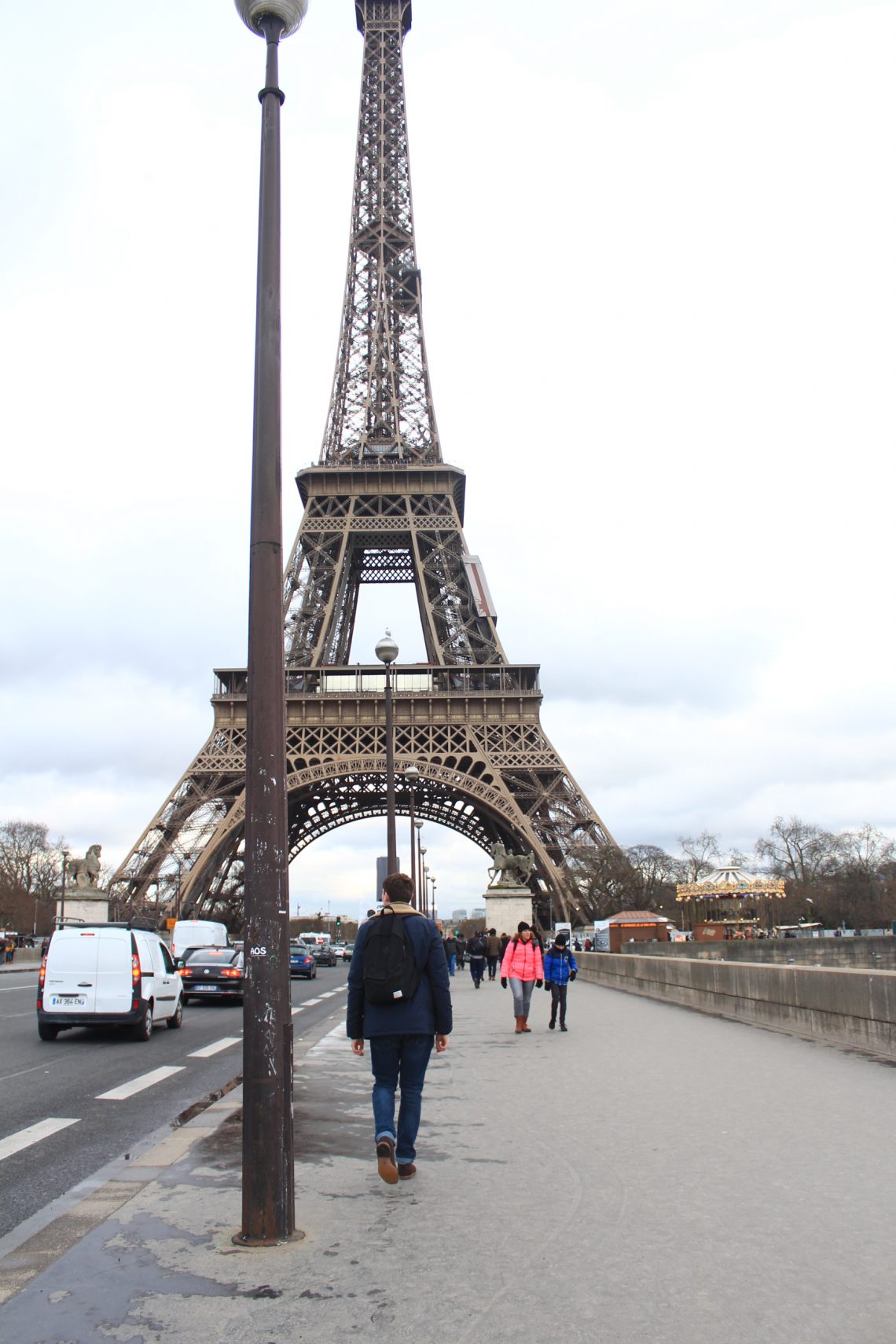 Paris, Paris, Paris, it’s definitely one of those cities that I could keep going back to over and over again because there are an endless number of places to visit, from the small Parisian side streets to the main tourist attractions, I believe there’s always something to do!

Since this was just a short holiday, we decided to visit the more touristy areas just to say that we’ve definitely ticked them off. This definitely seemed like the right thing to do considering that where we were staying was in a very suburban “real Paris” area rather than one of the tourist spot, So this meant we could get a real taste of the city as well as all the tourist sites. 😀 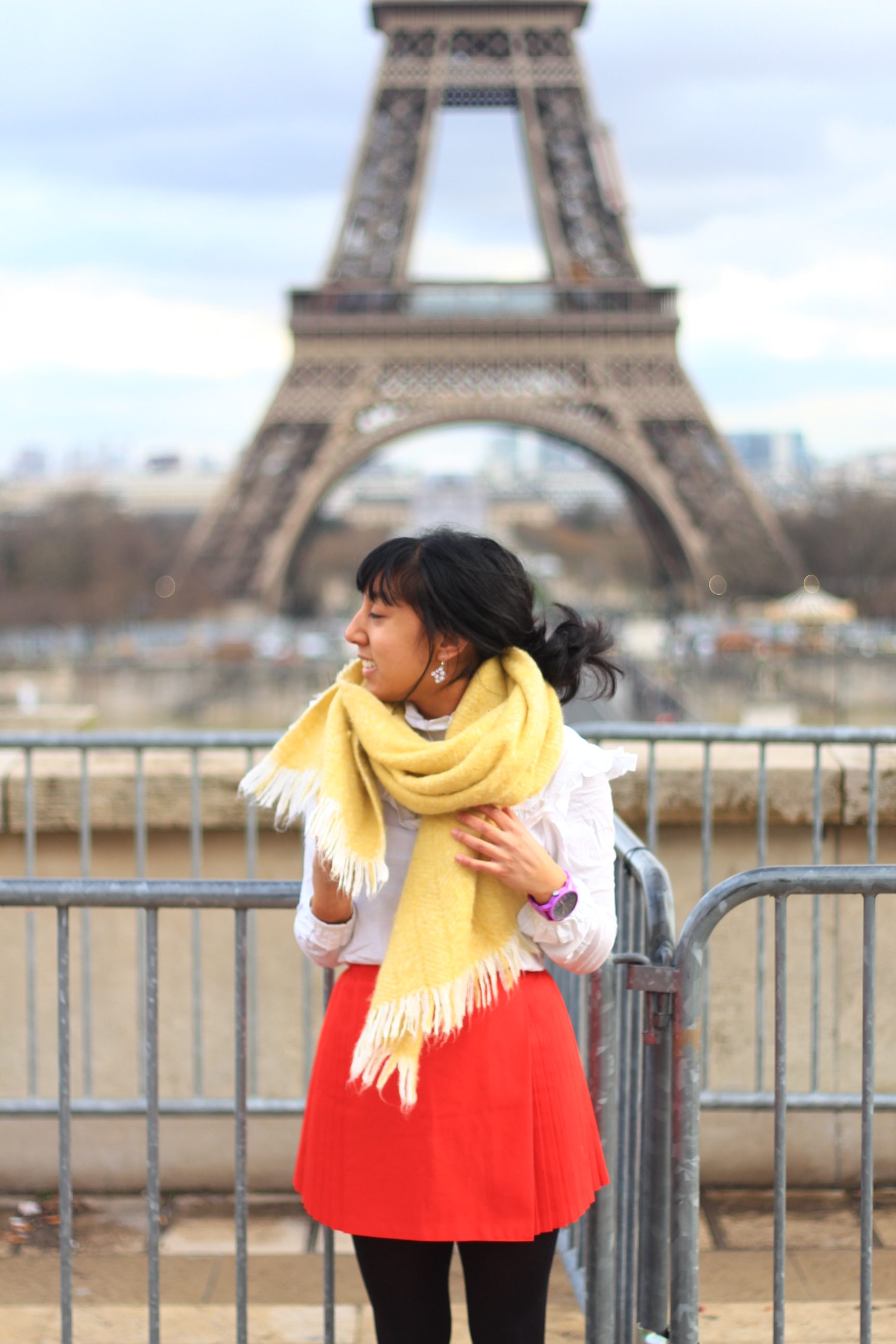 Day 1 we conquered The Louvre, okay you’re wondering why I used the word conquered?! Well purely because we spent two hours strolling around the museum and looking at all the different artwork, statues and history that is on show… But then we spent the other two hours trying to find The Mona Lisa… hahaha it was definitely a good laugh as we spent ages winding our way between exhibitions and climbing up and down different floors, but in the end we did manage to find the golden piece !!

What did I think of the Louvre? It’s SO beautiful ! I would say it is most definitely worth the visit, all the exhibitions are so interesting and the architecture and texture of the place is amazing in itself ! Although you can spend hours in there, I would say 3 hours is the best time to aim for, because it can get pretty tiring walking around and getting lost, and I would say that you can see all the best things in that time frame. What did we do afterwards? We strolled from Le Louvre to the Saint-Michel area (Notre Dame), I would say that it’s a cool place to hang out, especially if you’re looking for crêpes! There are so many crêperies in that area which literally blew my mind hahahah! Its also a really nice place to go shopping without too much of a crowd since it isn’t one of the main shopping areas.

In the evening we were lucky enough to go out for dinner with some family friends of mine in a local Parisian restaurant. It was quaint and rustic which meant that we really didn’t know what to expect, of course we should have known that we were going to get some really good food ! 😉 It’s most definitely that the small restaurants on hidden side streets are the best places to eat! If you see locals around then you know its good ! 🙂

(I think I’m forever going to be a fan of quiet Parisian side streets, there’s something about them that makes them so nice to stroll through ! Paris is just one of those cities that you can be perfectly happy to get lost in and just have no plans. ) 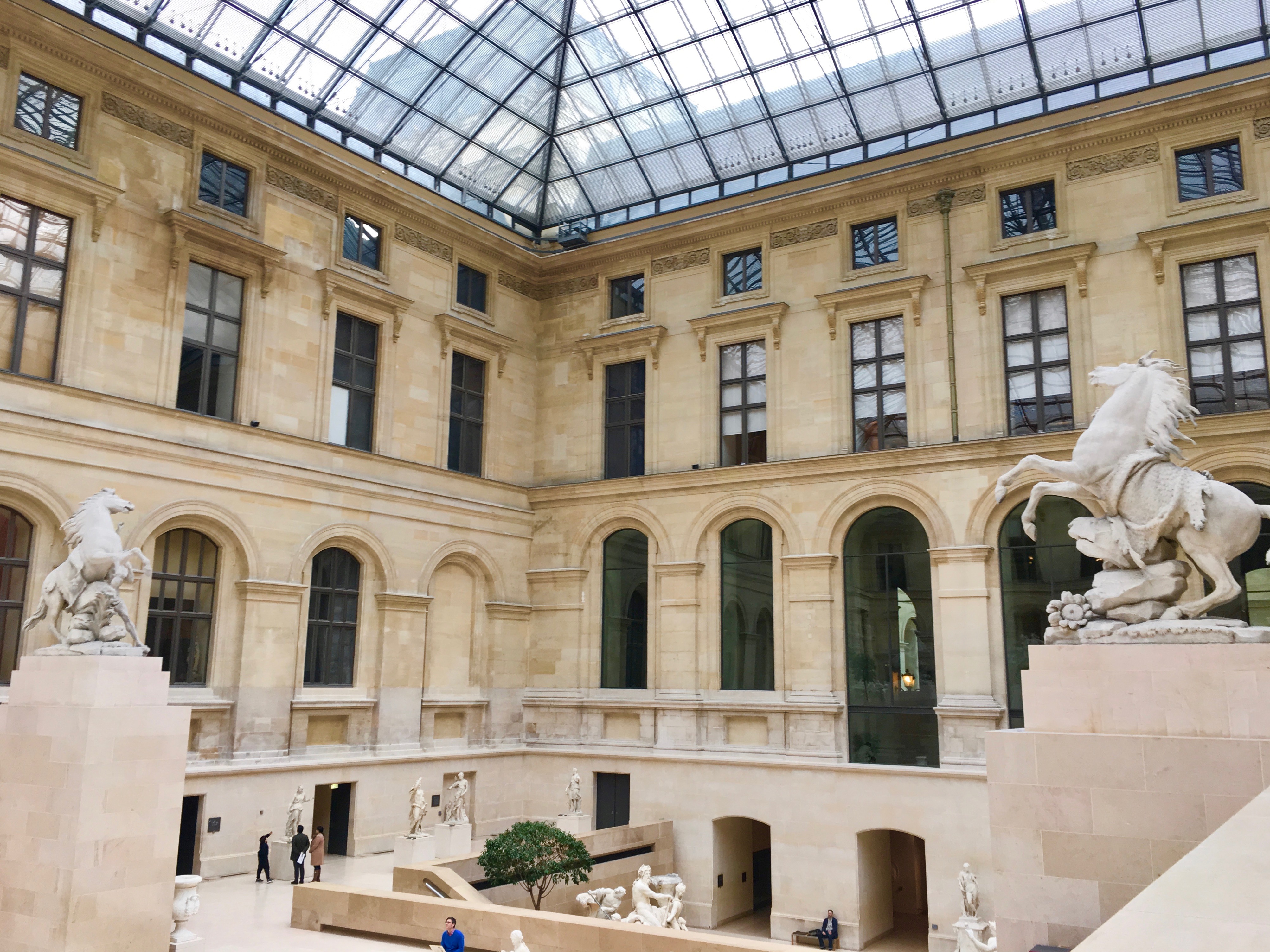 Day two was our shopping day, food day and most importantly our visit to the Tour Eiffel. Even though I’ve seen the Eiffel Tower before, it felt so different when visiting it with someone special, and yet again, it still looks as amazing as ever. We spent the morning of our second day doing a little shopping in the area where we were staying. Since Paris is SO amazing for fashion, I wanted to make a bit of a big purchase out there and buy something really special! (Which you will see in my next outfit post! <3 ) After a little shopping we went downtown to the Eiffel Tower, just like classic tourists we were there taking all the photos you can imagine and just taking it all in! It still amazes me how it still looks so wonderful despite it being 135 years old ! ( I KNOW I CAN’T BELIEVE IT’S THAT OLD EITHER ! ) :O 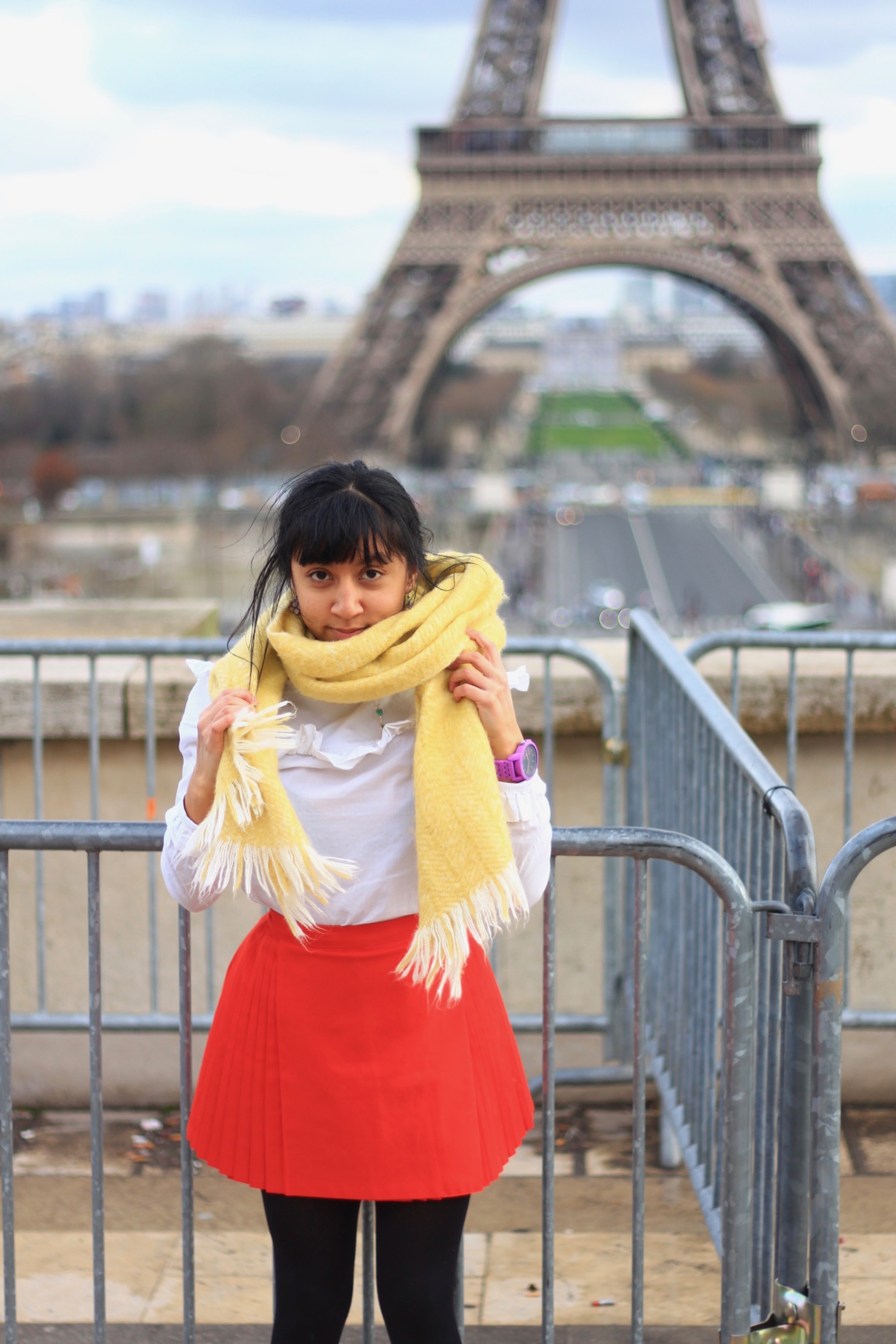 ( I really do have no idea why I am so serious in this photo, oh well, might as well embrace the sass! ahahah ) 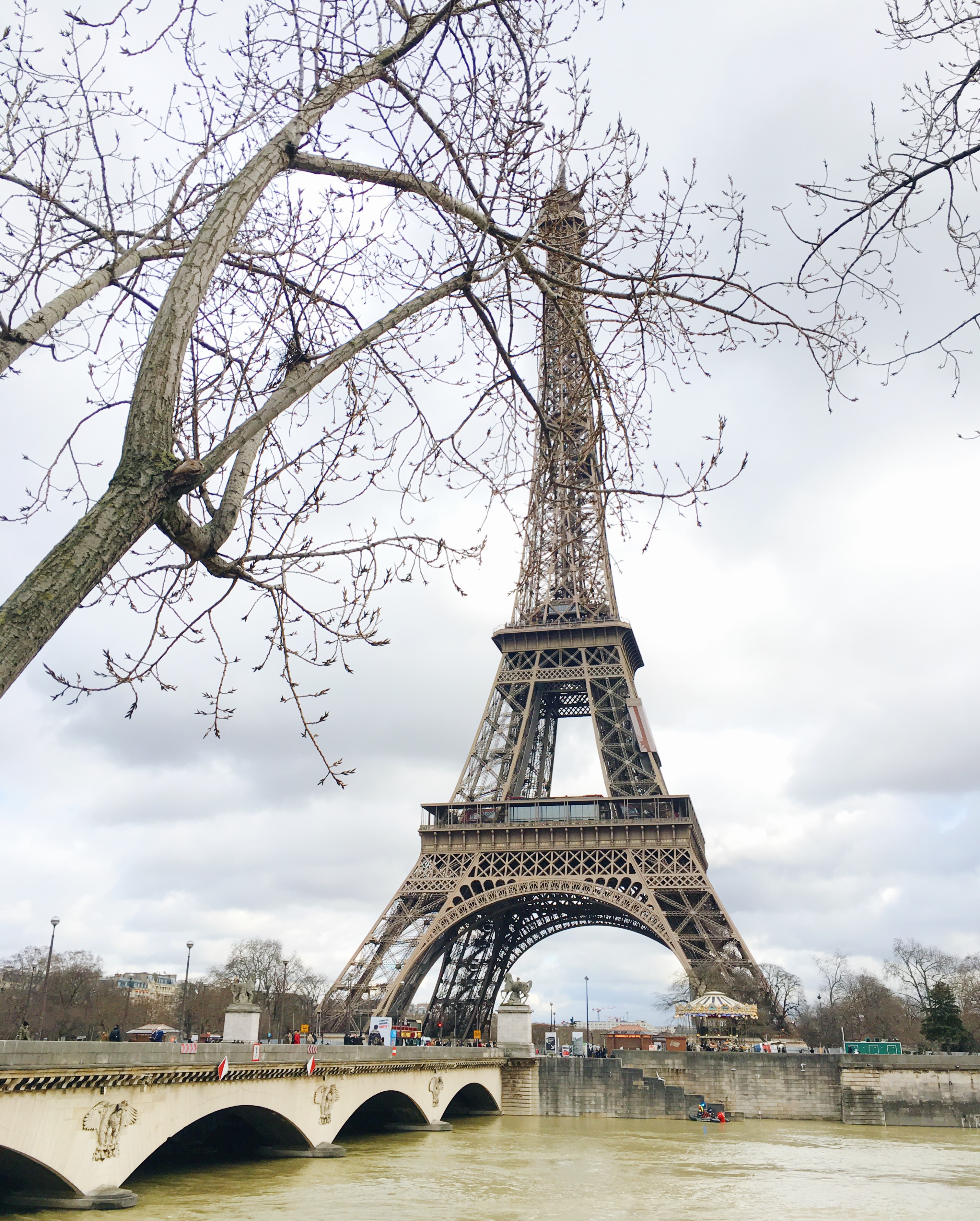 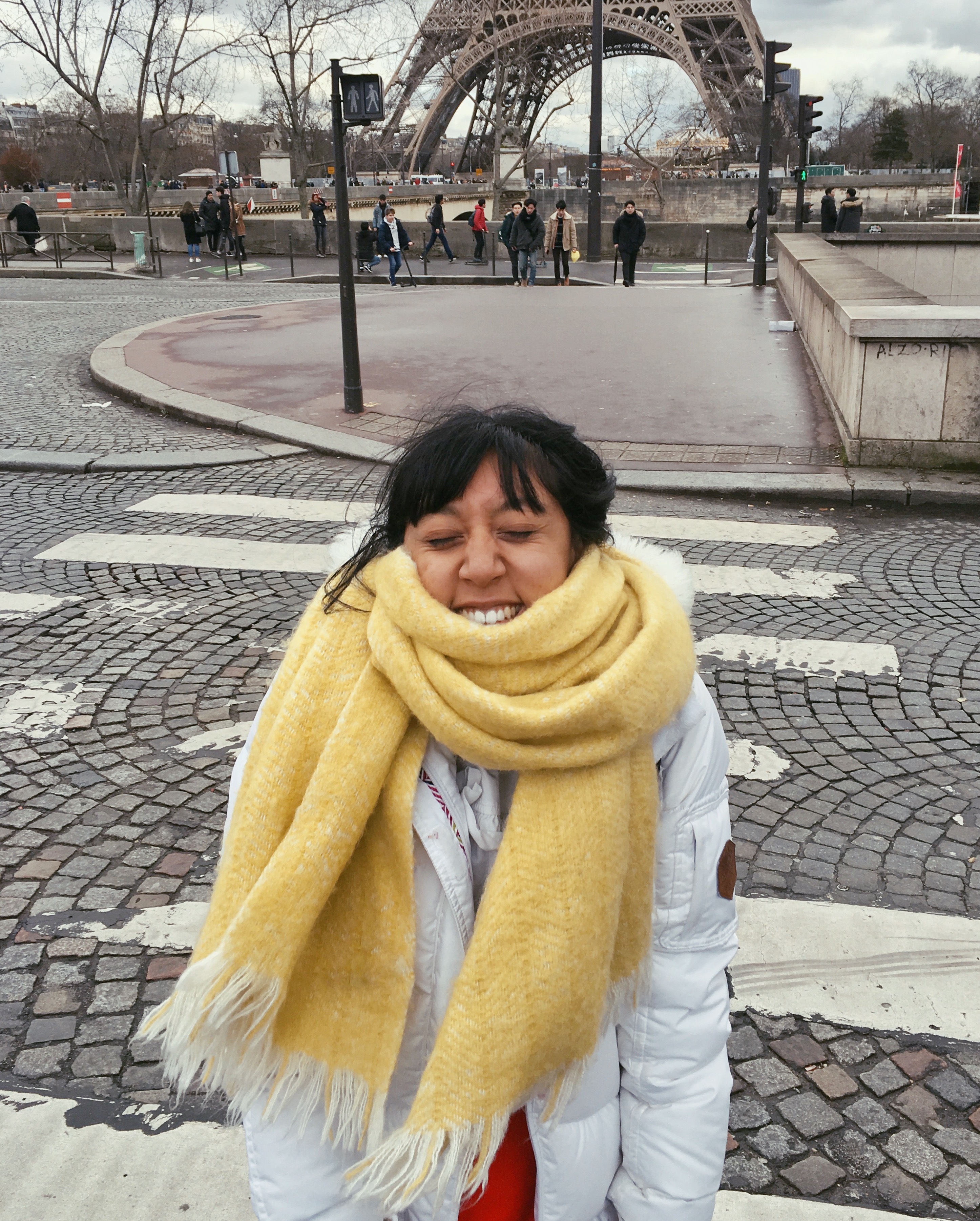 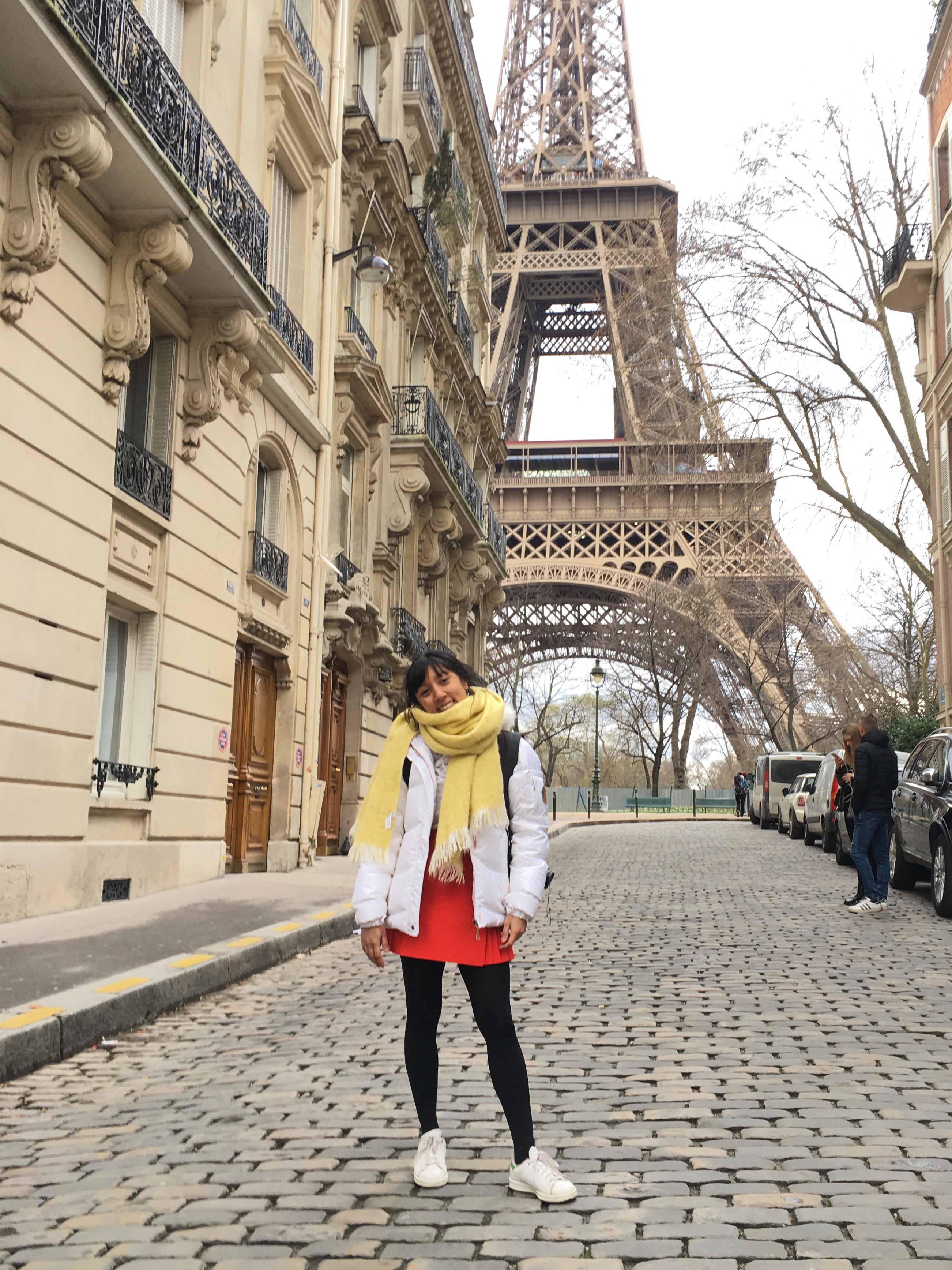 After spending a little time in awe over the Eiffel Tower we walked East along the River Seine and just enjoyed watching the world go by and just feeling stress free! There’s definitely something about wondering around in a city that can make you feel totally free and just give your mind a little space.

On our journey East we were on the search for some macarons ! A classic French delicacy that everyone loves! (Well if you haven’t tried them you SHOULD most definitely try them!) But you can’t just get any macarons, you have to get good ones otherwise you’ll be disappointed 🙁 . After talking to my French friends, we were directed to Ladurée ; yes it is expensive and I’m not even going to deny it. But treat yourself ! 😉 With that we did treat ourselves to a 15 euro box of macarons, but we had no regrets! The texture was amazing and the taste was just on a whole new level! If there is one thing you do in Paris it has to be to try some good macarons! 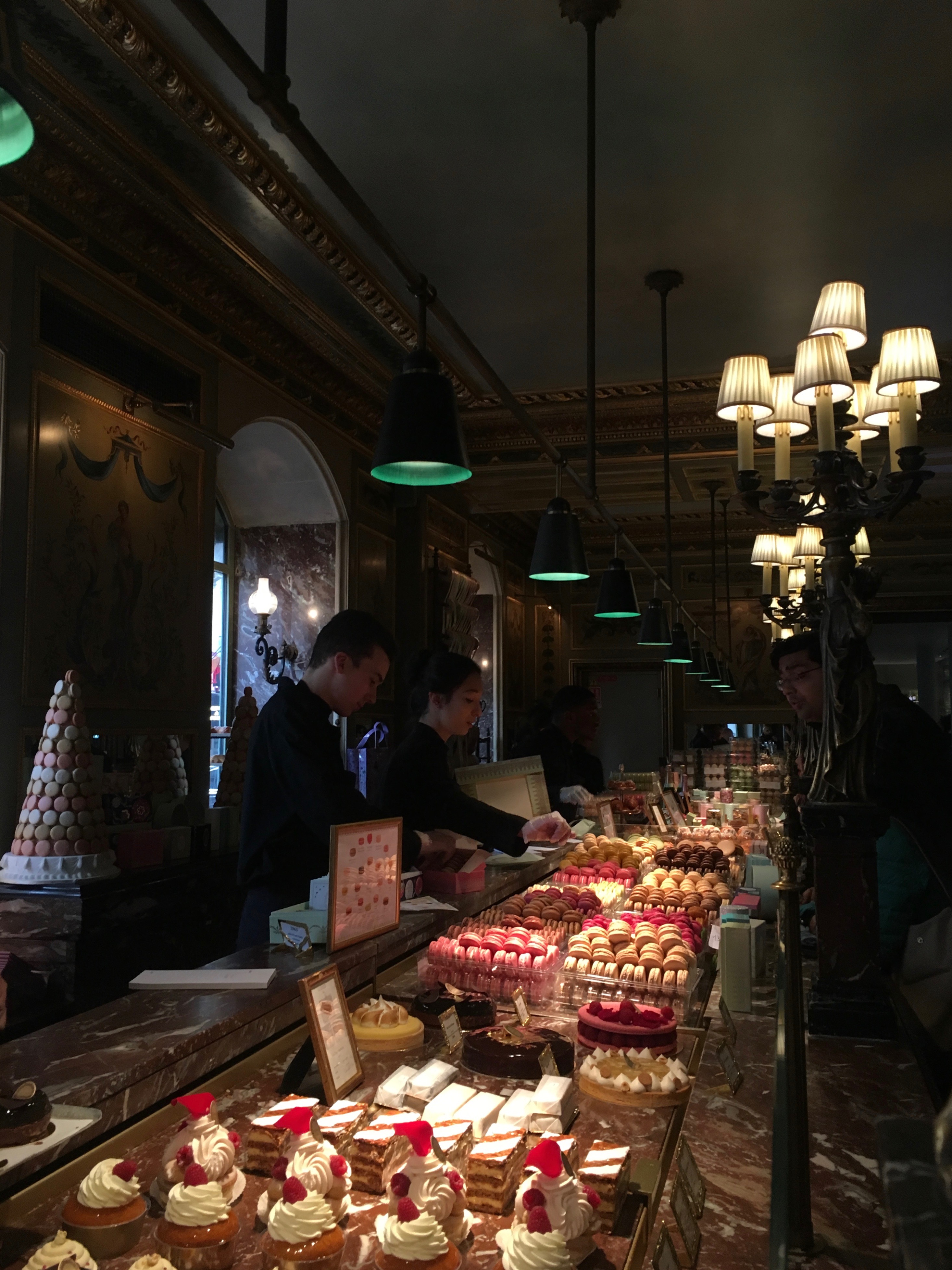 (If you’re into your aesthetics and love pretty spaces then the Ladurée store is definitely a place to go, it just looks gorgeous inside! )

Sadly, the end of our Paris trip was fast approaching and on the last evening we decided to treat ourselves (again hehehe) to a wonderful meal out. We went to this amazing restaurant called Le Hide  which was a tiny restaurant off one of the side streets of the Arc De Triumph. I don’t think I’ve had food that ever tasted so good ! It was a little bit on the expensive side but I would say that it was definitely worth it! If you ever go to Paris I would highly recommend that restaurant ! It was so dreamyyyyy hahahaha 😉 . Last but not least we went for a late night stroll along the Seine to see the Eiffel Tower all sparkly like fairy lights. It lights up on the hour every hour and was probably one of the most magical things that I’ve seen! (Despite it being absolutely freezing ahahah.) 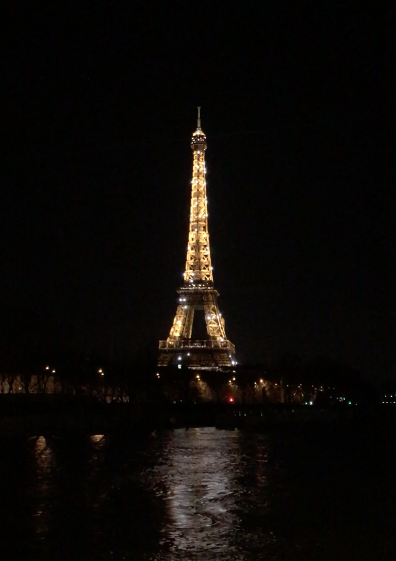 To me Paris is one of those timeless cities that you could keep going back to and never get tired of. I hope this post was both interesting and useful to read! Who knows, you might get some ideas of where to go and what to see if you ever go to Paris ! 😀

I’m really excited to share my next blog post with you which will be an outfit from my recent catch up with the one and only Emily from That’s Just Emily, so definitely stay tuned for that! 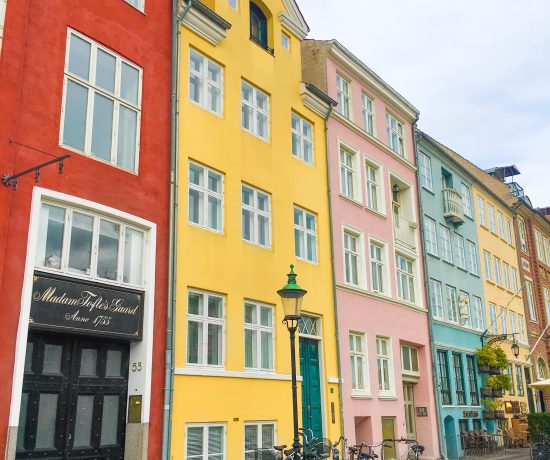 A Guide To Copenhagen & Travel Diary 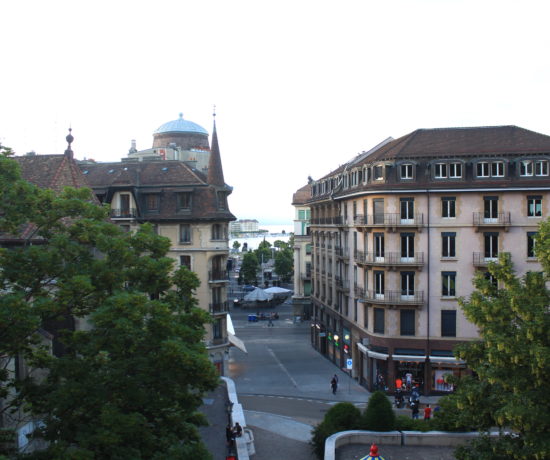 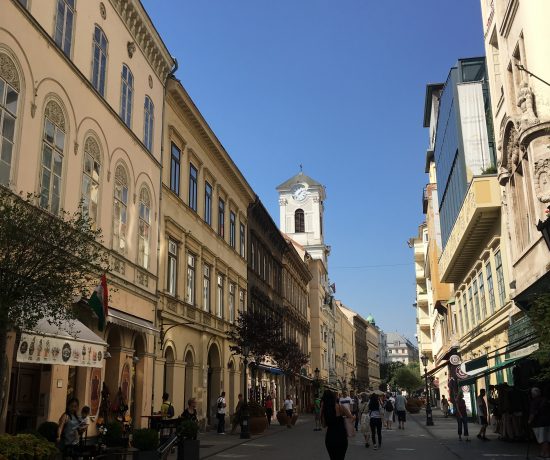